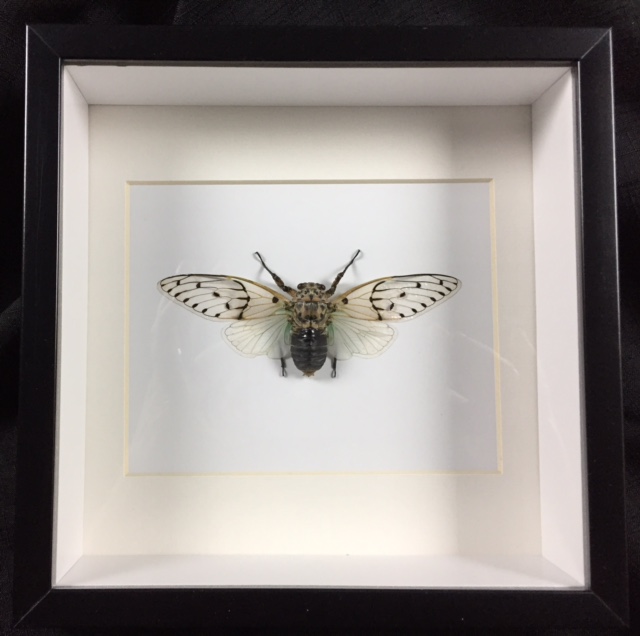 FRAME   20x20xD3cm Made from recycled products.  Able to sit on a table.

DESCRIPTION  AKA Ghost Cicada. Cloudy wing colouration with a hint of palest blue on this pretty cicada.

Set in white matt species label back of frame.

Cicadas are the loudest insects in the world and there are more than 200 species in Australia.

It is thought that the sound produced by some communal species can act as a defence against predatory birds and some are even loud enough (120 decibels) to be painful to the human ear. Cicadas also often sing in chorus, which makes it more difficult for a predator to locate an individual.

Cicadas are so conspicuous that many of their common names were initially given to them by children. As a result cicadas probably have the most colourful common names in the insect world. Some of these include: Black Prince (Psaltoda plaga), Double Drummer, Floury Baker, and the Green Grocer or Yellow Monday, Cyclochila australasiae.

Sold out
Add to Cart