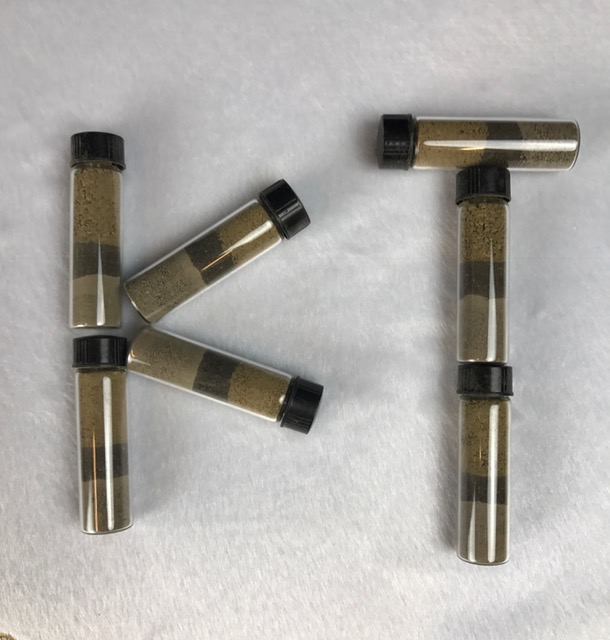 Vials of Time - these vials are carefully filled with pre-, post- and actual K-T Boundary soil, showing the effects of the dramatic event that ended to reign of the dinosaurs.

Scientists are trying to change the name of the after-era, from Tertiary (the 'T' of K-T) to Paleogene (Pg). But I don't think it'll catch on. K-T has a nice finality to it. K-Pg sounds like a movie rating. The 'K', by the way, is from German for 'chalk', and is for some reason the abbreviation for Cretaceous. It's a mess. But I suppose young paleontologists are going to be saying "K-Pg", so we'll have to get used to it.

Whatever! These little vials of dirt make a nice extra gift, along with, perhaps, a dinosaur tooth, for your paleontology-minded giftee. They come with a nicely printed out information card, which - ahem - calls it the KT Boundary. $5 each.​

Sold out
Add to Cart