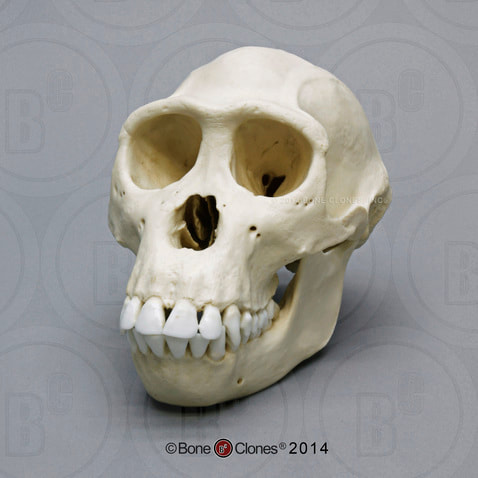 The bonobo is native to the Democratic Republic of the Congo. Sometimes called the pygmy chimp, its status as a species distinct from the common chimpanzee, P. troglodytes, was recognized by Coolidge in 1933. Bonobos are known for their sexual behavior; their casual sexual activity occurs in all combinations. These brief encounters often occur around the sharing of food or other occasions during which aggression could arise. It has been suggested that their sexual activity allows them to avoid conflict. We are grateful to the San Diego Natural History Museum for providing us with exclusive permission to cast the excellent 9-year-old female. A percentage of the sales goes to the museum to further its research. 2-part skull (separate cranium & jaw).