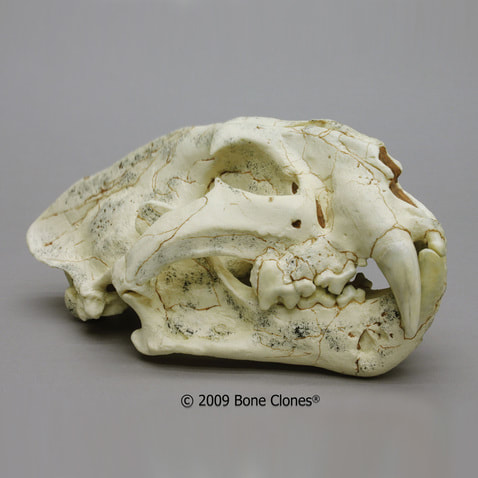 Panthera zdanskyi sp.nov (or "Longdan tiger") is an exciting new species of big cat, which was only recently described by a team of scientists. At more than 2 million years old, it represents the oldest known tiger ever found, predating previous tiger finds by many hundreds of thousands of years. Previously thought to have belonged to the species P. palaeosinensi, the new research makes clear that it was far more tiger-like, and may be regarded as an ancestor of the modern tiger. The remarkably well-preserved skull of this individual, found in Longdan Gansu Province of northwestern China, serves as the holotype of the new species. We are grateful to the Babiarz Institute of Paleontological Studies for the opportunity to cast this individual specimen. 2-part skull (separate cranium & jaw).