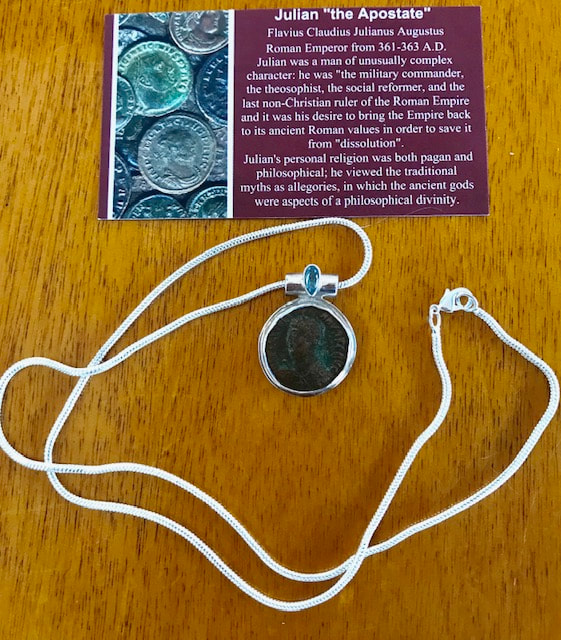 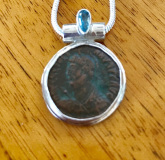 Despite the fact that he would have preferred to spend his days discussing philosophy, my hero Julian turned out to be a brilliant military general and a noble emperor who tried to slow the Christian takeover of the Roman Empire by reinstating Paganism; he was killed before he could get much accomplished. Bronze coin with topaz and 20” silver-plated chain. $100