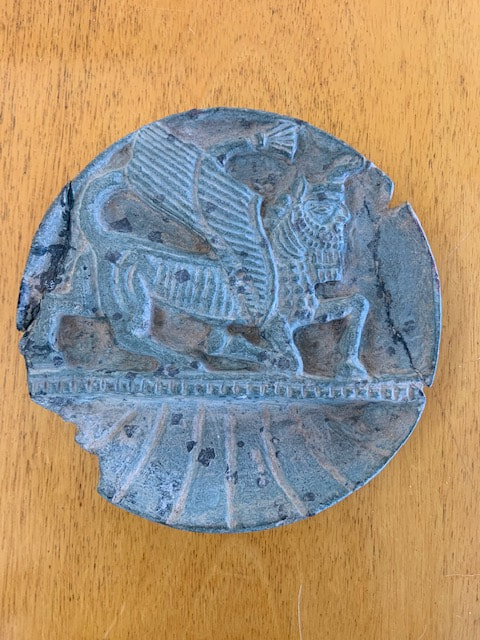 Darius the Great ruled from 522 BC to his death in 486BC. He expanded the Achaemenid empire into Afghanistan, authorized the Jews to rebuild the Temple in Jerusalem, occupied Egypt and founded Persepolis as his capital. In the last years of his life he waged a losing campaign against the Greeks, defeated in battle after battle, most famously at Marathon.

This 5” stone dish (some damage and repair) depicting Darius the Great as a sphinx (a winged lion) was found in the area of what was Persepolis. $1,000