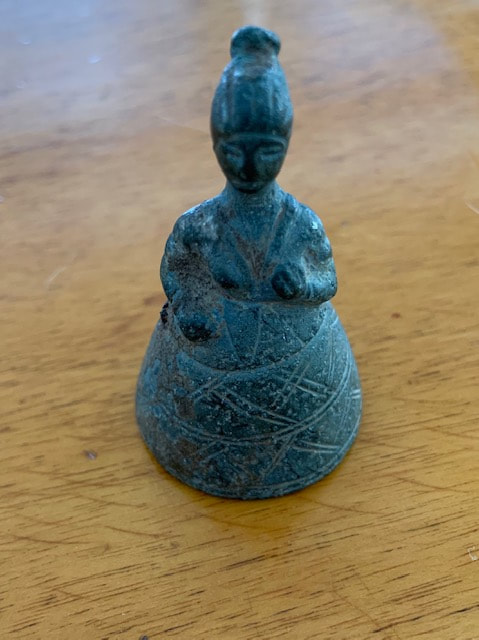 Bronze depiction of a woman said to be Roxana, Alexander the Great’s favorite wife. A. also married Stateira II, daughter of Darius III at the same time, but Roxana, daughter of a Bactrian chief, Oxyartes, was said to his favorite, though she had also to compete with his buddy Hephaistion. After Alexander’s death Roxana had Stateira murdered. 13 years later, Roxana and her son, Alexander IV, were poisoned.

Bronze figurine, perhaps meant to be attached to something (broken bolts at the waist); 2” tall. $400