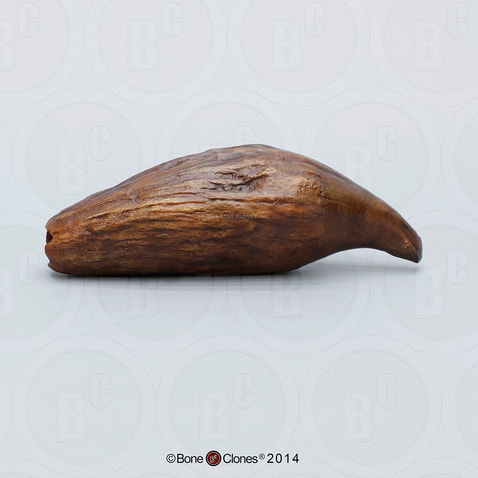 The giant sperm whale from which this tooth originated was a contemporary of the megalodon shark. Sperm whales diverged from other toothed whales about 20 million years ago. They are the largest toothed animals to have ever existed. These leviathans were once known to exceed 90 feet in length and weigh up to 300,000 pounds. In the 18th and 19th centuries, the largest male sperm whales were relentlessly hunted for their yield of valuable spermaceti oil. So many of these giant males were killed in the past few centuries that selective pressures are thought to have favored smaller males. Now few exceed 60 feet in length or weigh over 90,000 pounds. From the Babiarz Institute of Paleontological Studies.