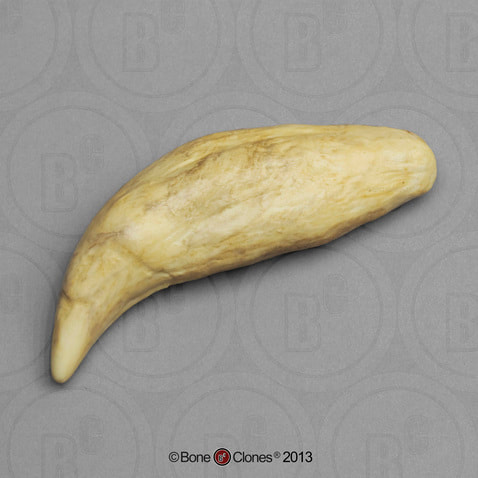 Canine from the Cave Bear skull BC-132. The cave bear lived in Europe from about 300,000 to 15,000 BC. It became extinct at about the time Cro-Magnon appeared. This canine is from a skull considered to be among the largest and most complete ever found. The skull is about 80,000 years old and was found in the Carpathian Mountains of Romania.