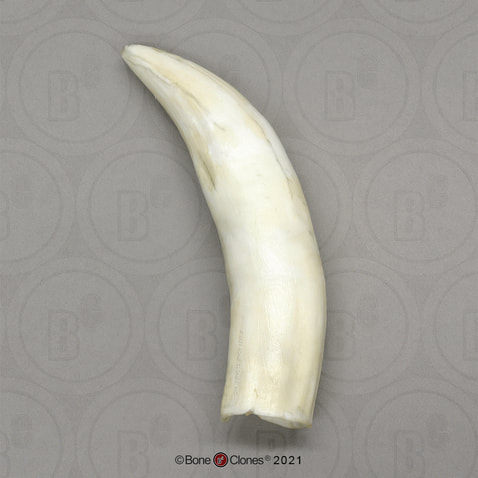 Nile crocodiles are found primarily around bodies of water in southern Africa. Crocodiles have 64-68 teeth and generally measure to 16 feet and over a thousand pounds. One difference between a crocodile and an alligator is that a crocodile's snout is long and narrow (V-shaped), while an alligator's is more rounded (U-shaped). Crocodiles are generally lighter in color than the blackish looking alligator. Nile crocodiles mainly eat fish but may prey on unsuspecting land mammals.

Crocodylus niloticus 4 ¾" Long along outside curve