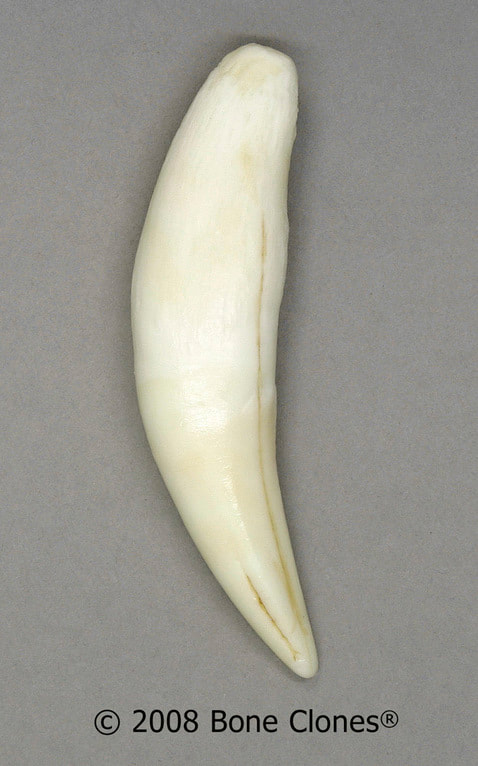 The African leopard's permanent canine teeth appear at around 7 months. The African leopard relies on the element of surprise to attack its prey. It quietly watches until the prey is within striking distance and then springs onto it while attacking with its powerful claws and teeth. The leopard's diet is quite varied, and its range extensive. Adept at climbing, leopards may haul a carcass up a tree to keep it for itself.

Panthera pardus 2 ¾" Long along outside curve