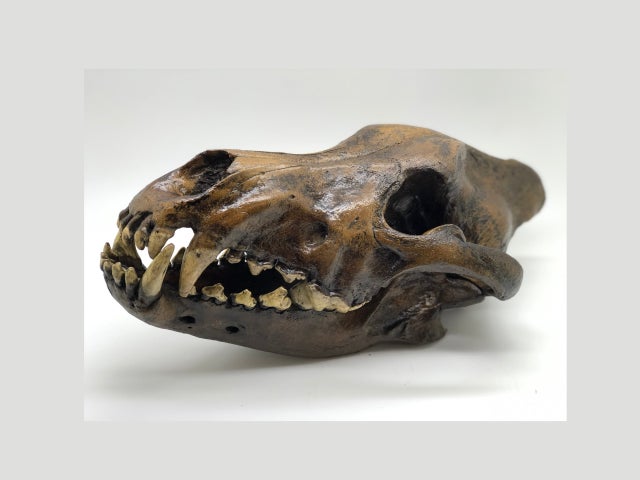 The dire wolf (Canis dirus, "fearsome dog") is an extinct species of the genus Canis. It is one of the most famous prehistoric carnivores in North America, along with its extinct competitor, the sabre-toothed cat Smilodon fatalis. The dire wolf lived in the Americas and China during the Late Pleistocene and Early Holocene epochs (125,000–9,500 years ago). The largest collection of its fossils has been obtained from the Rancho La Brea Tar Pits in Los Angeles.