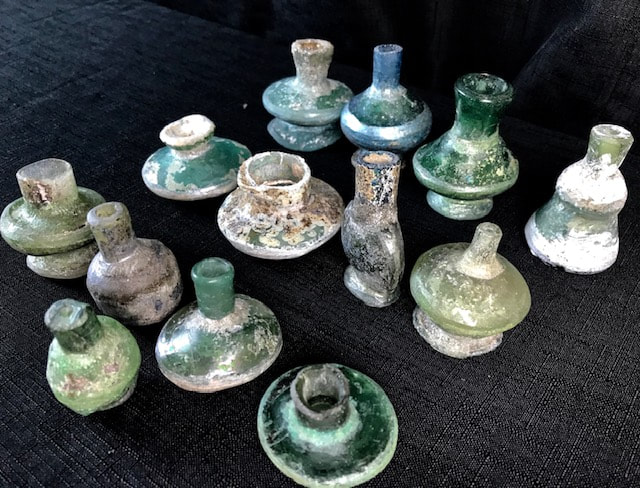 ​The Roman Empire was extensive, and though they didn't get into Afghanistan and the Middle East, their culture and trade did. Their glass manufacturing methods were highly advanced, and glass was a much desired product, so places where the raw materials for glass making were readily available quickly became centers for the manufacture of what is now known as 'Roman glass' - even though it may not have been made by actual Romans.


Afghanistan was one of these places, and glass making was a thriving industry there, where the right kind of sand and copper were readily available. The basic, 'raw' color of the glass was aqua; the addition of copper made the rarer blue glass color. These small bottles were the 'fails' from the trash heaps near the factories. Much of the broken glass found is reshaped, polished and drilled to make the Roman Glass beads in the necklaces we sell here ; the bottles are found mostly intact and, though flawed and sand-worn, are wonderful artifacts of a long gone culture. 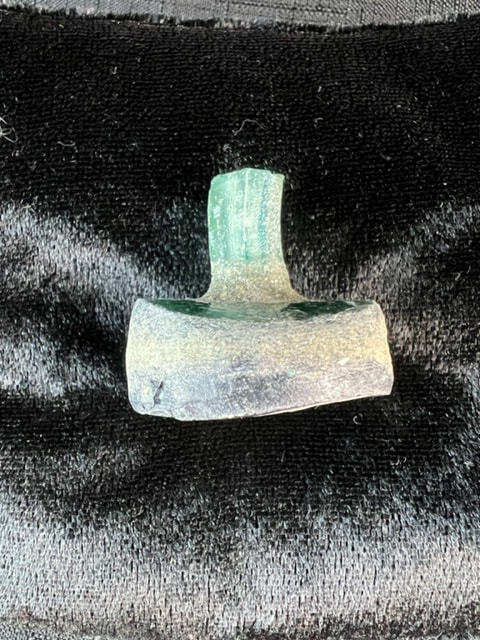 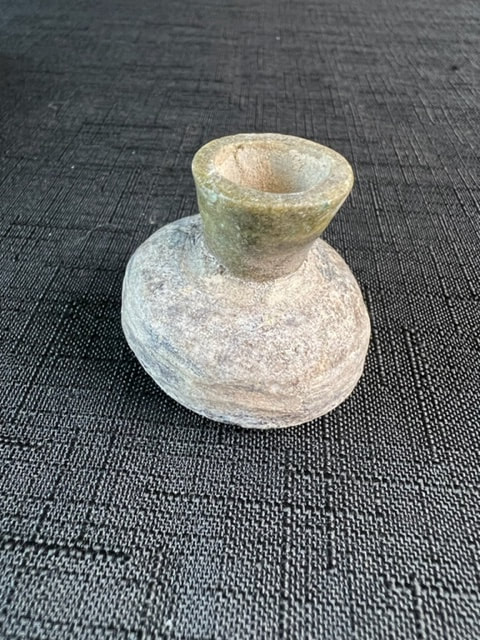 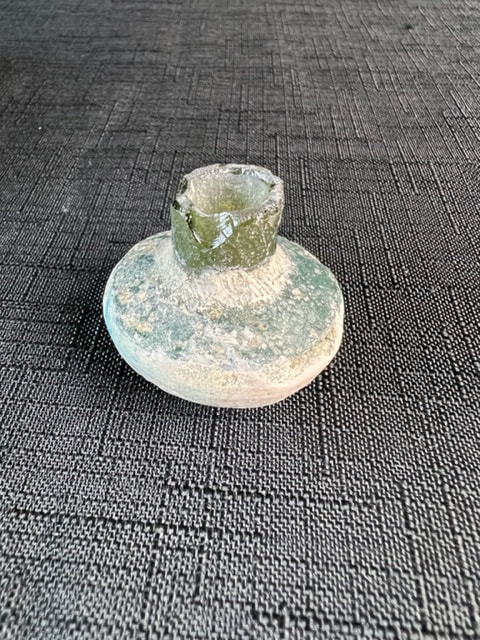 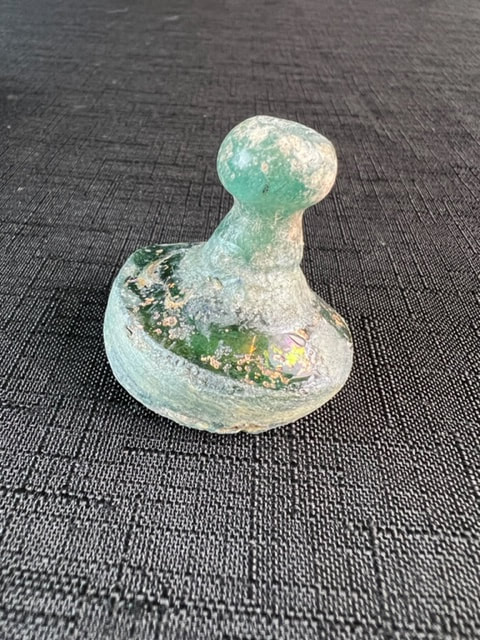 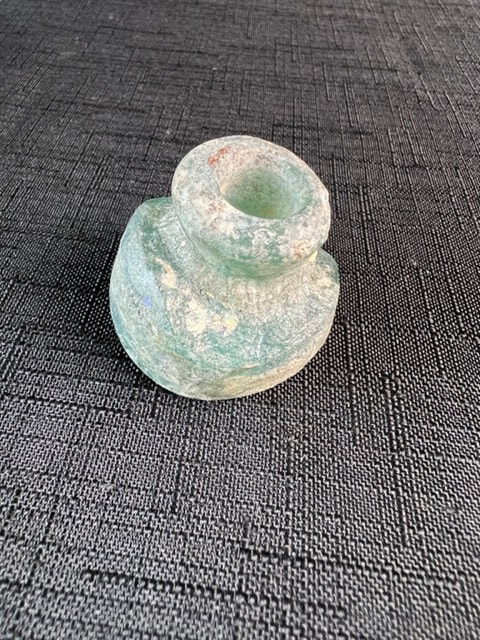 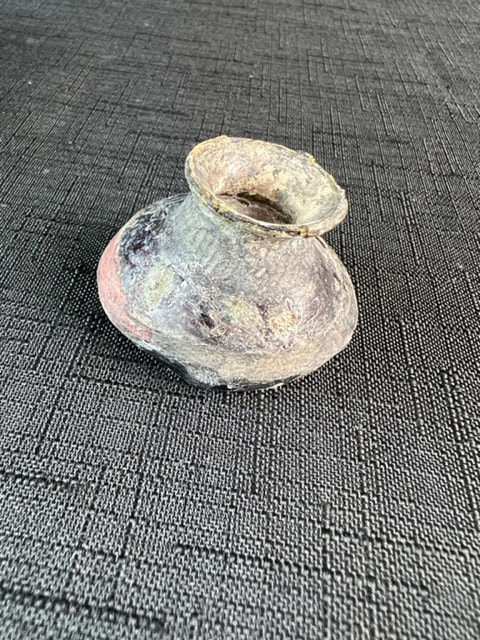 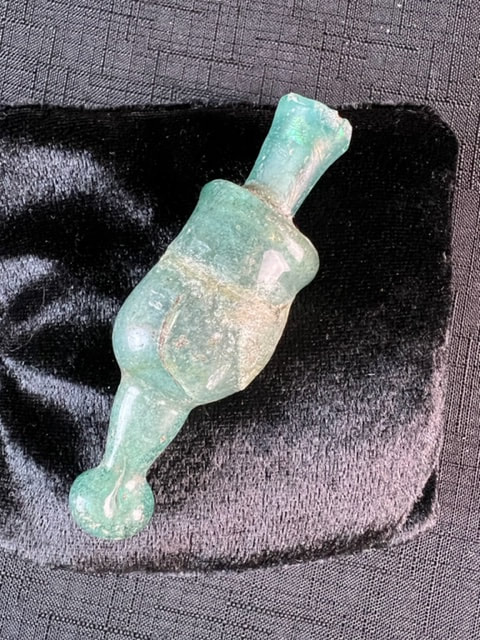 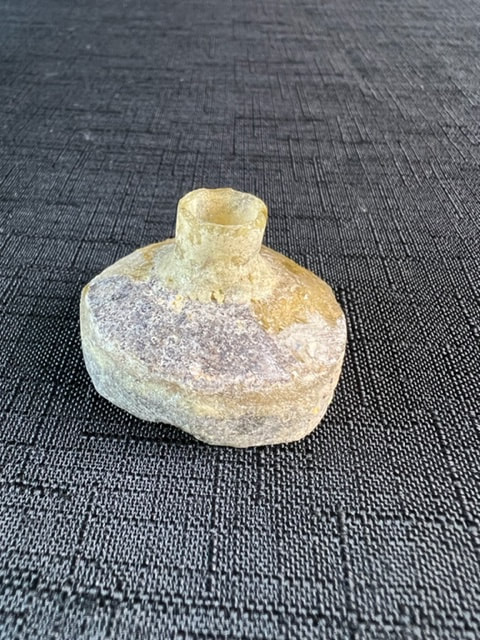 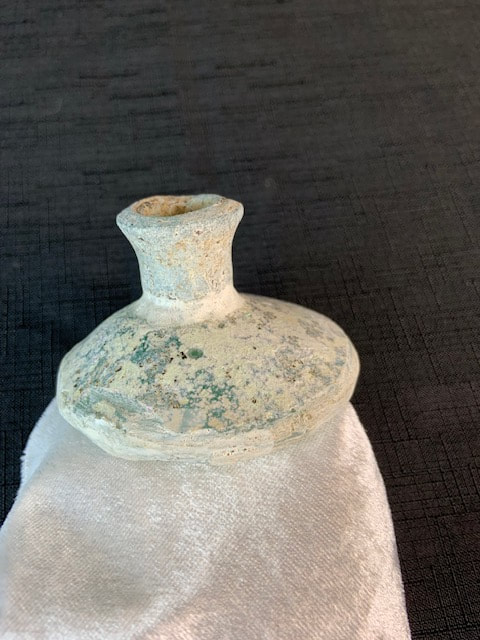 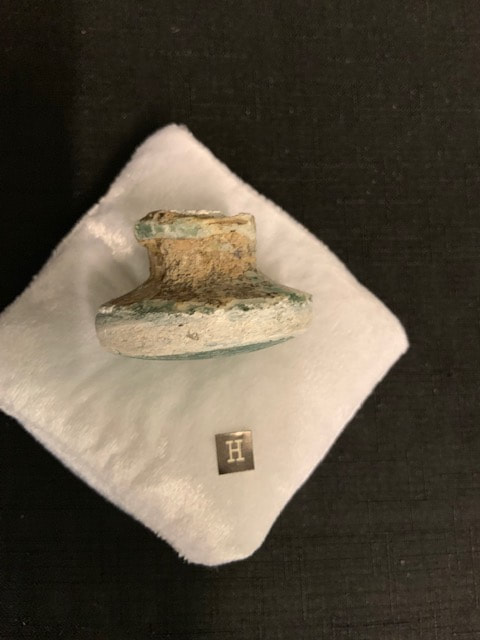 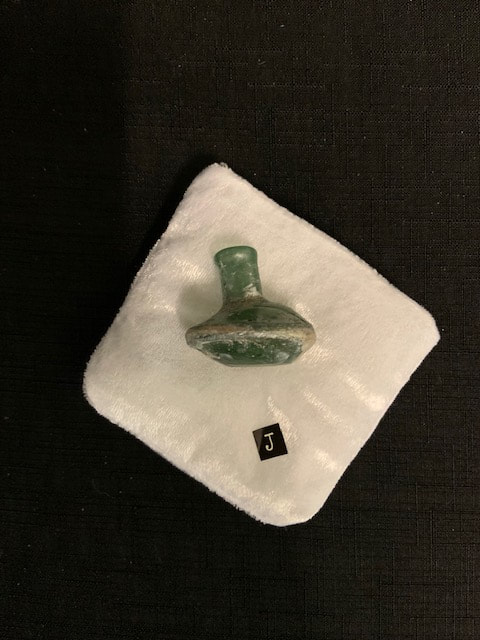 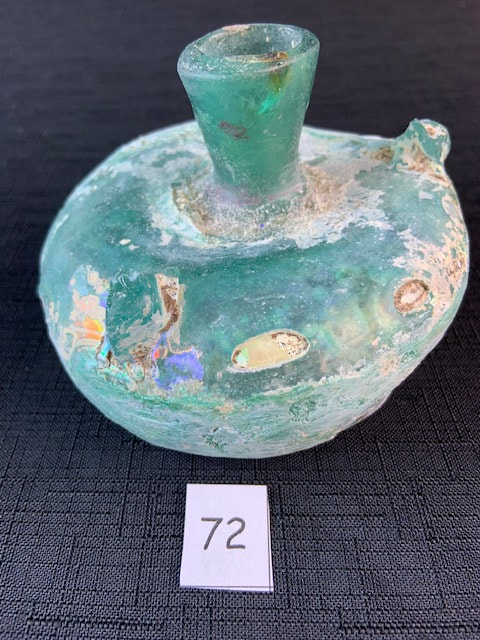