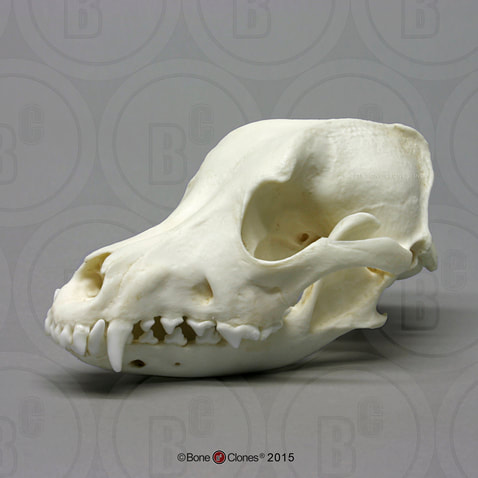 The Airedale is sometimes called the king of terriers, as it is the largest of terriers. The Airedale is a formidable hunter of water rats and other larger feathered and furred game. It sealed its reputation as a valuable dog during WWI, when it delivered messages across enemy lines despite critical injuries to itself. It also helped to locate injured soldiers with its keen nose. Today they are used on search and rescue teams and as a guard dog in many family homes.

The Airedale has bristly hair on the surface with a softer, furry undercoat. Weighing 50-70 lbs., it has a black or dark saddle with tan legs and head. Its head is long with a large black nose, big brown-black eyes, and triangle-shaped ears that fall forward. Its body in profile forms a square, with the distance between its chest to the edge of its backside equaling its height at the shoulders. 2-part skull (separate cranium & jaw).