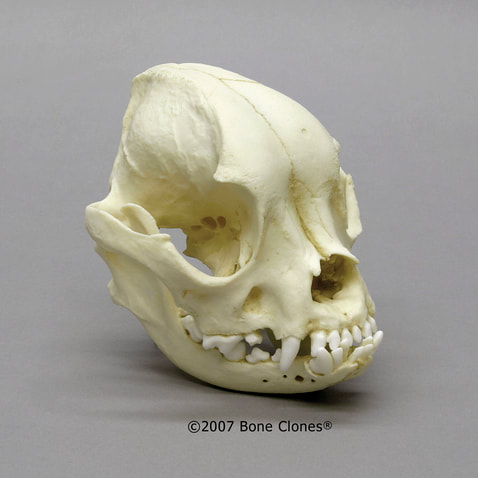 The French Bulldog, affectionately called "Frenchie," is essentially a mini-English Bulldog. It is thought by some that the smaller specimens of the English Bulldog (see BC-128) were taken aboard ship to France because they could be more easily hidden. Displaced lace workers arrived in France with their small companions, whom they found well suited to cramped living conditions and valuable for killing rats. The small Bulldog (which may have been crossed with French terriers) quickly became popular with the ladies (both upper and lower class) and appears often in paintings of brothels.

The French Bulldog weighs between 19 and 28 lbs. (the English weighs 50-55) and has what are called bat ears, wide at the base, narrower and rounded at the top, and situated high on the head. While its smaller body appears as compact and sturdy as the English Bulldog, its head does not appear as massive. The wide, up-turned lower jaw projects noticeably in front of the upper jaw. The floppy flaps of skin that hang past the lower jaw are called "flews" or "chops." 2-part skull (separate cranium & jaw).