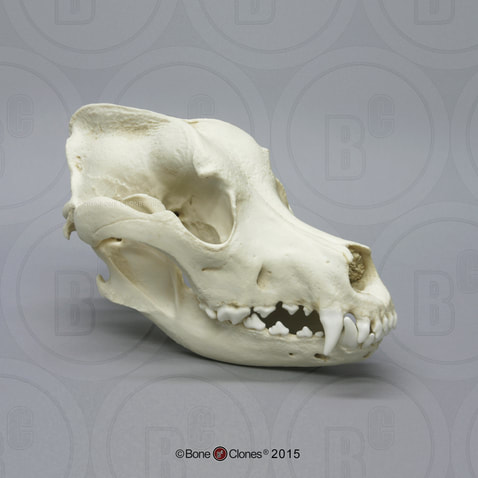 Great Dane (Canis familiaris) is thought to have originated from a cross between Asiatic mastiffs and Irish wolfhounds sometime during the 5th century A.D. They are second only to the Irish wolfhounds in size and height. Bred primarily in England and Germany during the 14th century and used to hunt wild pigs, they were shorter and heavier than contemporary Danes. Long before the invention of firearms, hunters needed a companion that was large, strong, and agile to tackle the razor sharp tusks of the European wild boars.

In the mid 1600s German noblemen often kept the largest and most intimidating of these giant dogs on their estates as companions and protectors. Selective breeding eventually distinguished them from their English counterparts. Given the name Deutsche Dogge, they were chosen the national dog of Germany in 1876. The name Great Dane was given them by a French naturalist, who first saw them while traveling in Denmark. Inexplicably, the name stuck despite the Danish having played no role in their history. 2-part skull (separate cranium & jaw).