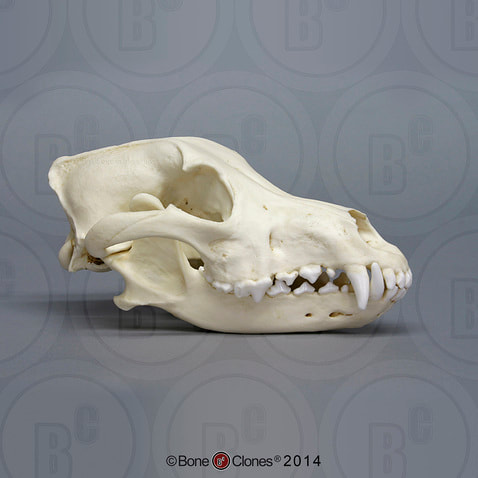 The Mexican wolf is the smallest of the North American wolves. Highly endangered, its range until recent times was from Texas, New Mexico, and Arizona through central Mexico. It is now considered extinct in the US and has not been seen in Mexico since the 1980's. A captive breeding program begun at the Sonora Desert Museum has resulted in the release in protected areas of a few, leaving about 160 in captivity. 2-part skull (separate cranium & jaw).