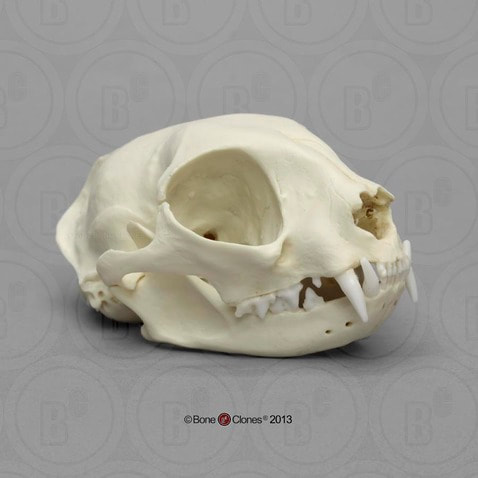 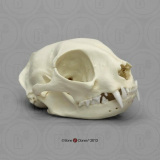 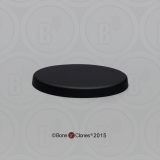 The house cat originated from the wildcat Felis silvestris lybica and has appeared in the archaeological record. While commonly thought that Ancient Egyptians first domesticated cats as early as 4,000 years ago, on the island of Cyprus, a 9,500-year-old grave site revealed a cat carefully buried with a human. Given that cats are not native to Cyprus, it's reasonable to say that domestication predated that burial. Domestication of the wildcat likely coincided with the domestication of crops; perhaps their value for ridding human grain storage areas of large numbers of rats and mice was recognized and the farmers eventually saw their value as "partners" in pest control. 2-part skull (separate cranium & jaw).