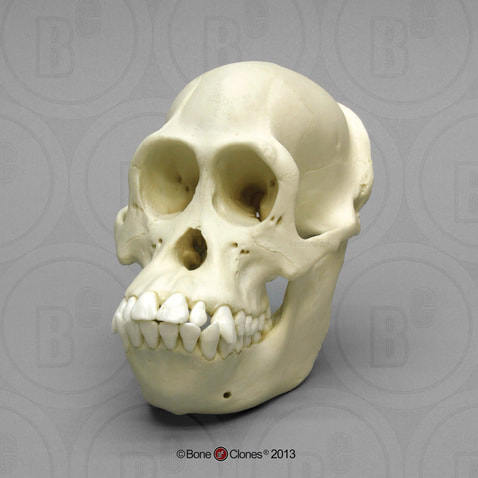 The orangutan is the only member of the great apes to originate from Asia. Also unlike the other great apes, the orangutan generally lives a solitary life, the exception being the extended relationship between the mother and its offspring. Females give birth once every 8 years or so, nursing the offspring until the age of six and continuing to teach the young how to live on their own for a few more years. Females are significantly smaller than the males, weighing about half as much. The only truly arboreal ape, the orangutan is the largest animal living in the forest canopy, and rarely descends to the ground. Incapable of knuckle-walking like the great apes of Africa, orangutans keep their hands and feet curled up when moving on the ground. Please see related products for other orangutan skulls, skeleton and postcranial bones. 2-part skull (separate cranium & jaw).