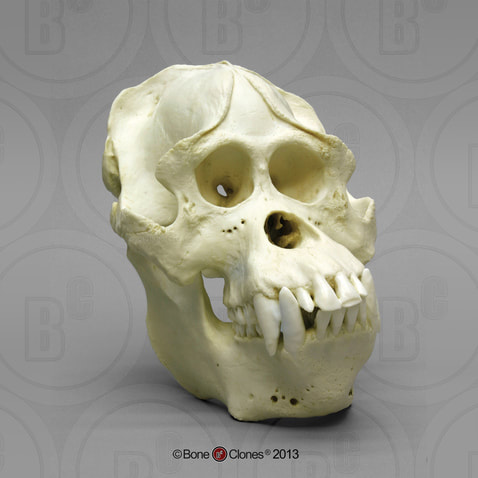 Sumatran orangutans are restricted to a small area on the island of Sumatra and are considered in danger of imminent extinction. Habitat loss from illegal logging and establishing new palm oil plantations are their main threats. They are described as being more slender than the Borneo species, with longer paler hair. The males also have longer faces with less pronounced "cheek pads" and smaller throat sacs. Sumatra has several large carnivores that prey on orangutans so they descend to the ground far less often than those in Borneo. This may also account for why young males occasionally travel and feed together, uncommon behavior for Borneo males. Unlike the other species of great apes, orangutans usually live solitary lives. Because food resources are more widely scattered, competition is greater. Due to this more limited social interaction, they have one of the most protracted "childhoods" of all primates to give them the time to learn the skills needed for life on their own. 2-part skull (separate cranium & jaw).