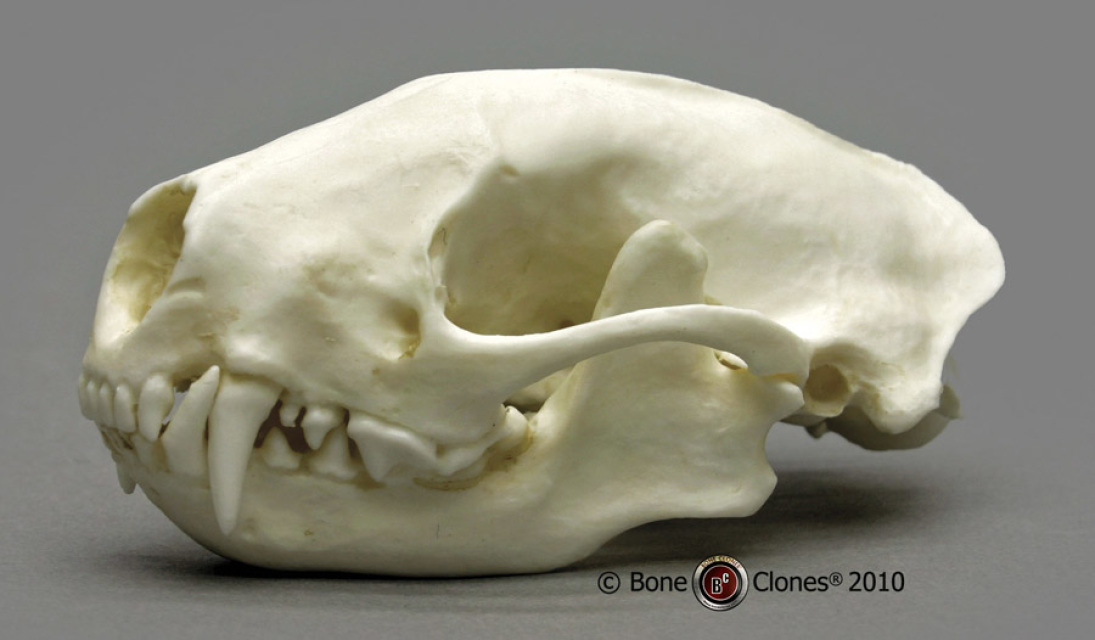 Black with wide, white stripes from head to tail and a thin white stripe on the muzzle, the striped skunk is found from Central Canada to Northern Mexico. This mammal's most well-known characteristic is its ability to emit a foul-smelling musk when threatened or attacked. Not as widely known is that once the odor has been removed, this same musk is used as a perfume base due to its clinging properties. Skunks are also resistant to snake venom. There have been cases of skunks surviving up to 10 times the amount of venom needed to kill another animal of similar size. Their chief predator is the great horned owl (see our: BC-072), which appears to be immune to the skunk's spray. The striped skunk is distinct from other carnivores in that it has only 1 molar on each side of the upper jaw and 2 molars on each side of the lower jaw. The upper molars have a characteristic square shape. 2-part skull (separate cranium & jaw).