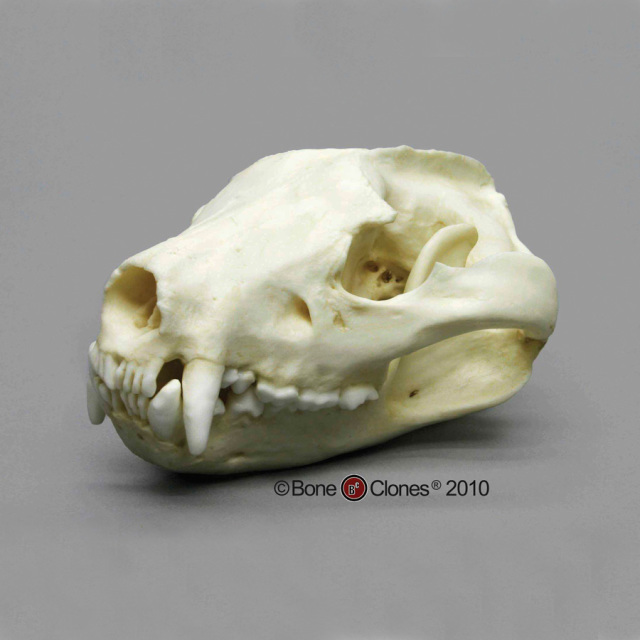 The Tasmanian devil is the largest extant marsupial carnivore. It is a hunter/scavenger with a short, compact body and a large, powerful head. It is said to rival the spotted hyena, pound for pound, in jaw strength. Whiskers on its face and top of its head help it to locate food in the dark as well as to signal its own personal space during group feedings. Its hysterical, continual, fearsome vocalizations are not easily forgotten and probably account for its common name. Once numerous over the Australian continent, they were restricted to the island of Tasmania about 400 years before the arrival of the Europeans. Competition and predation by the larger, smarter dingo is the suspected cause. Today the devil's remaining population is severely threatened by a transmissible cancer called Devil Facial Tumor Disease (DFTD), which causes large tumors around the mouth and eyes. As a result of this poorly understood disease, population densities have been reduced by 60% in the hardest hit areas of Tasmania. 2-part skull (separate cranium & jaw).