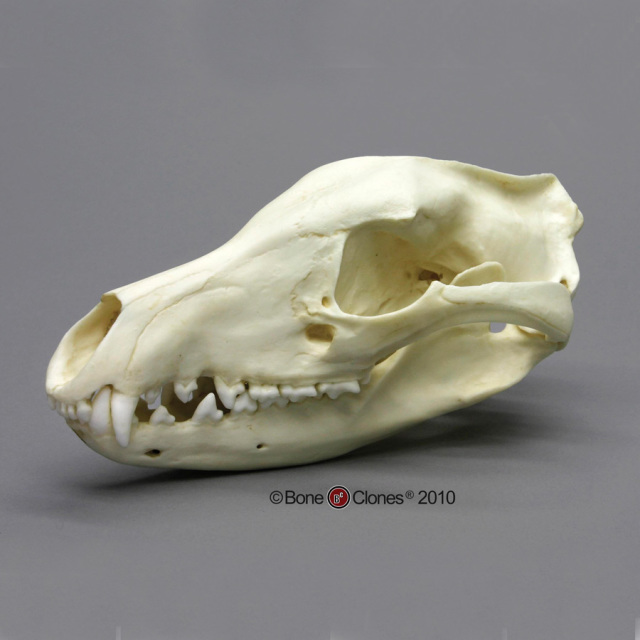 Thylacinus cynocephalus, a marsupial, is variously known as the Tasmanian wolf (given its size and the shape of its head), Tasmanian tiger (due to its striped fur), or thylacine (based on its scientific name, which means something like 'dog head with a pouch'). Its image appearing in Aboriginal rock-paintings, the thylacine is the lone species of mammal to become extinct on the island of Tasmania (1930s), in sharp contrast to mainland Australia, which has lost almost 50 percent of its indigenous wildlife since the arrival of Homo sapiens. This marsupial was said to be calm and quiet, unlike its raucous relative, the irascible Tasmanian devil. 2-part skull (separate cranium & jaw).