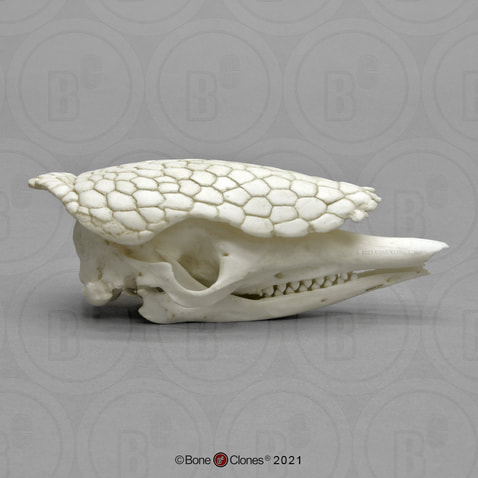 The common armadillo (nine-banded) is found in North, Central and South America. Apparently taking advantage of roads and bridges, its range has gradually expanded further to the north and east of the United States. It can hold its breath for several minutes, which allows it to simply walk across the floor of small bodies of water. Cold winter weather is the limiting factor in its expansion. Its distinguishing characteristic is the skin-covered bony plates protecting its body, head, neck, and tail. It weighs from 8-17 pounds and reaches lengths of 15-17 inches (its tail is equally long).