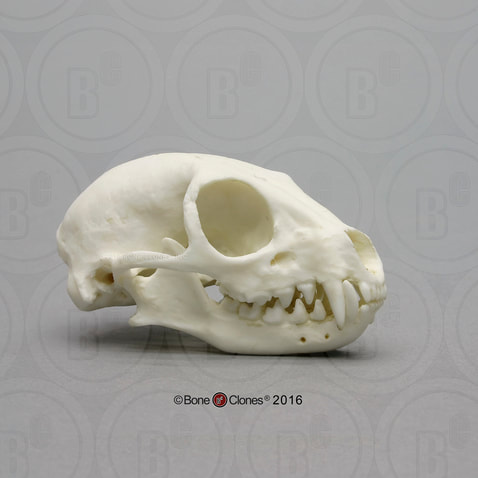 Meerkats, or suricates, are highly social members of the mongoose family. They live in multi-family groups of 5 to 30 members, known appropriately enough as a mob or gang. They are approximately 1 1/2 to 2 feet long including the tail and weigh between 1 1/2 to 2 pounds. They have large eyes, small crescent-shaped ears, which can close to keep out dirt, and strong front claws for constant digging activities. Meerkats live in the southern part of Africa, primarily the Kalahari Desert, where their active periods are dictated mainly by the surface temperature of the soil. Members of the mob are very cooperative with each other and take turns scouting, guarding, and babysitting. Meerkats are mainly insectivores but will readily prey upon small vertebrates, eggs, and occasional vegetation. They forage with their tails held highly erect in order to keep track of one another's location. They have a highly sophisticated form of communication with sounds and sequences of sounds that provide a large amount of useful information to the group. Called sun angels, meerkats are well known for their love of sunbathing in some areas of their range. 2-part skull (separate cranium & jaw).