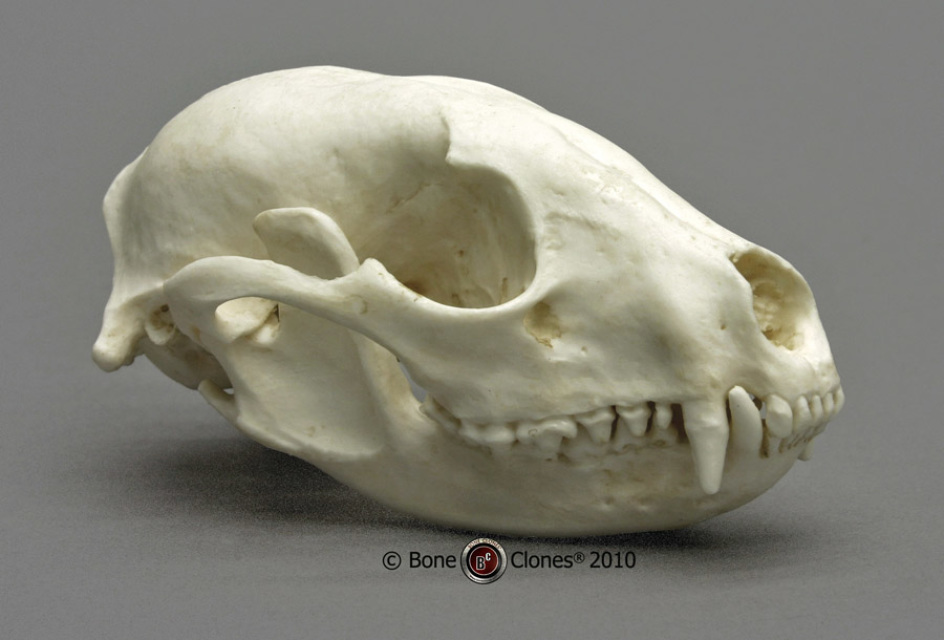 The raccoon is known for its famous black "bandit" mask around its eyes and the black rings on its tail. The raccoon is found in parts of Canada, United States, Mexico, Central America and northern parts of South America. This creature's diet ranges from fruits, nuts, and many small animals. A raccoon's preferred food source for winter and early spring is acorns. When in captivity, it has been observed that a raccoon will wash its food. There are several speculations for this. Some say it replaces the behavior of catching aquatic prey and others state they (raccoons) like the sensation of running water on their sensitive finger pads. 2-part skull (separate cranium & jaw).