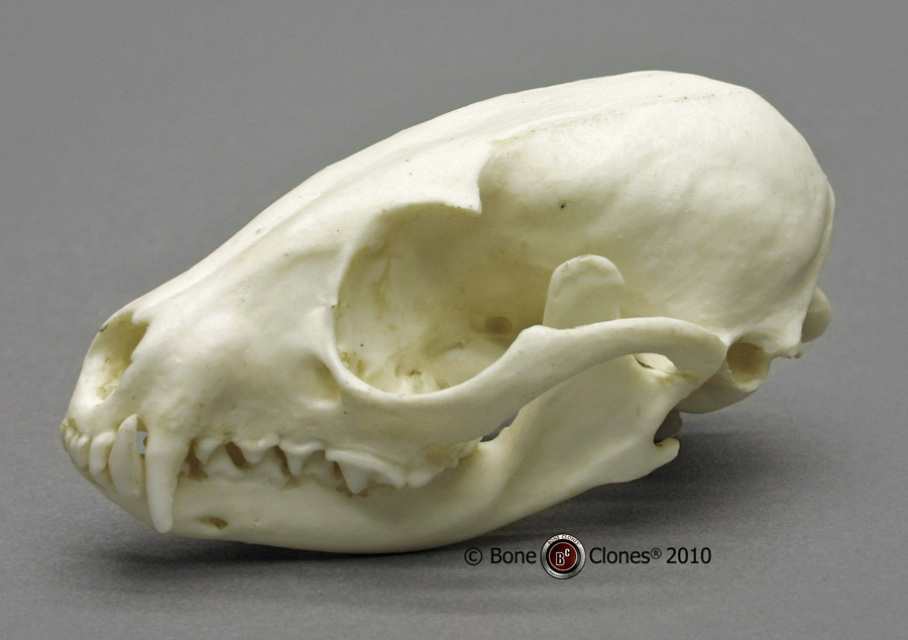 The ringtail is a cat-sized carnivore with a fox-like face, large eyes and ears, short legs and a long, ringed tail. One of the smallest (and most carnivorous) members of the Procyonid family, this animal was reared as a companion and ratter by prospectors and miners in the early American West, and thus came to be known as a miner's cat. It's also been called civet cat and ring-tailed cat though it is neither cat nor civet. The most familiar member of the Procyonid family, which is almost always characterized by long, ringed tails, is the raccoon. Nocturnal animals, ringtails are excellent climbers. They have semi-retractable claws, and their hind feet can rotate 180 degrees allowing them to hang nearly upside down and descend steep surfaces quickly. The ringtail's range extends from California and the western United States to southern Mexico. It is closely related to the slightly larger cacomistle (meaning "half mountain lion" in the language of the Nahautl Indians), whose range extends from southern Mexico to western Panama. 2-part skull (separate cranium & jaw)