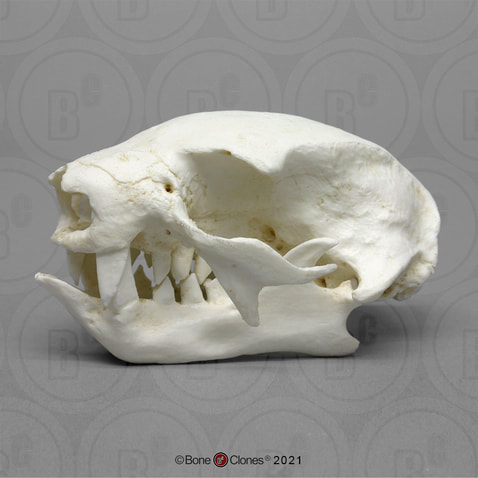 Two-toed sloths are perhaps more heterothermic than any other mammal. Their body temperatures fluctuate from as low as 24 degrees C to as high as 33 degrees. Two-toed sloths are medium-sized animals with a body slightly more than half a meter in length and weight up to around 9 kg. Two-toed sloths are found in Central America, throughout northern South America and in the Amazon basin. They first appear in the fossil record in the Early Miocene. Sloths were found in North America in the Pleistocene, becoming extinct as recently as 11,000 years BP (giant ground sloths). 2-part skull (separate cranium & jaw).