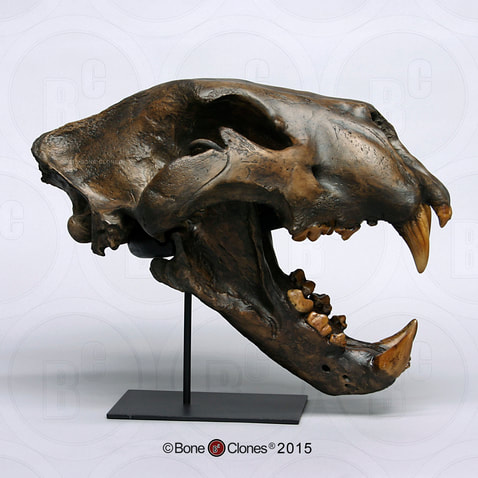 Felis atrox was the largest lion to have ever existed, this individual weighing an estimated 900 pounds. Found only in the western hemisphere, this 14,000 y.o. specimen came from the La Brea Tar Pits. The American lion was about one third larger than its African relative. They were taller, with longer legs proportionally and a slightly broader muzzle than the African lion. It is likely that they had the male's bushy mane and tufted tail in common. 2-part skull (separate cranium & jaw).

Licensed to Bone Clones® by the ©Natural History Museum of Los Angeles County, a portion of the sales goes to further their work.