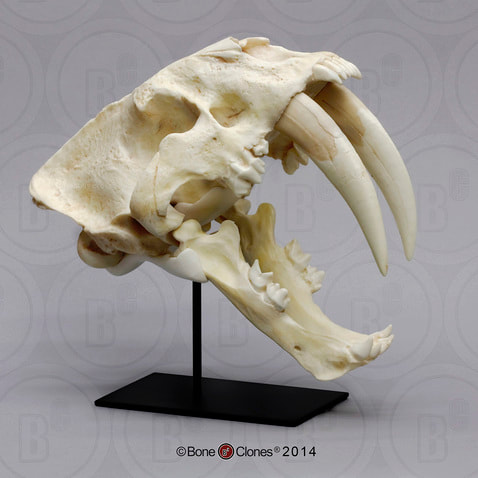 Smilodon populator lived in the eastern part of South America. The three species recognized in the Smilodon genus became extinct only about 10,000 years ago. The other two species are S. gracilis, which was found in the eastern part of the United States, and S. fatalis, found in both North America and the Pacific coastal area of South America. Smilodon populator was the largest species. While more robust than Homotherium, it may have been a greater leaper. It also had very impressive upper canines (also sold separately as a pair or individually, see below). We are grateful to the Babiarz Institute of Paleontological Studies for the opportunity to cast this individual. 2-part skull (separate cranium & jaw).