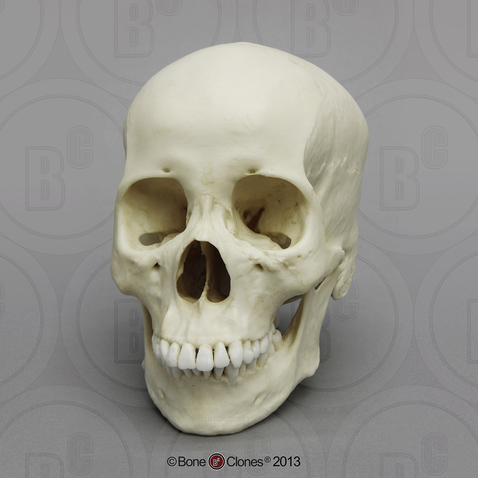 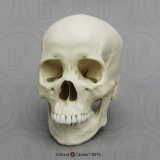 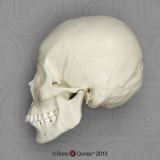 This human skull is an excellent example of an Asian female. Some of the features that suggest Asian ancestry include a flat nasal root, an obtuse nasal angle, a somewhat rounded dental arcade in the upper jaw, mild to moderate prognathism and shovel-like incisors in the upper jaw. Features that are consistent with female include mild prominence of the cranial sites for musculofascial attachment including the nuchal lines, the temporal lines, the mastoid processes of the temporal bones and the supraorbital tori.