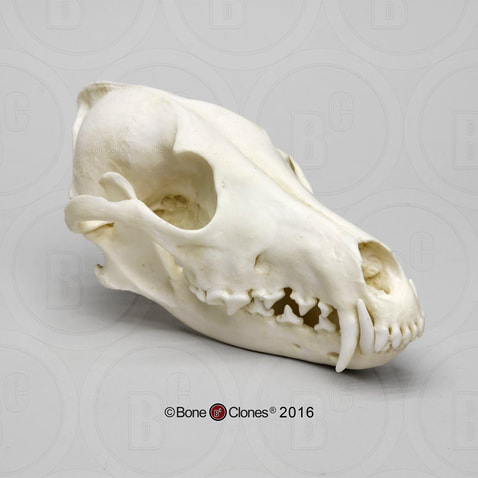 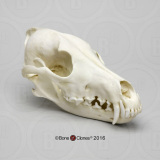 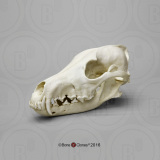 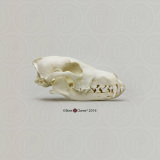 The coyote is found from Central America through central Canada and into Alaska. Belonging to the family Carnivora, it can be distinguished from domestic dogs by its pointed ears and drooping tail. It runs on its toes and can reach speeds of 65 km per hour. The coyote uses its well-developed senses of sight, smell, touch, and hearing for communication. The male coyote will attend the female during gestation and will bring food for her and the pups after birth. The coyote is the most adaptable and resourceful of all the canids. Despite human encroachment on its natural territory, it has not just survived, but flourished. 2-part skull (separate cranium & jaw).