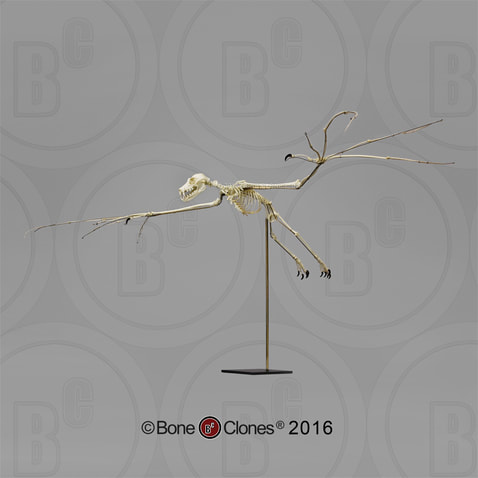 Found in Southeast Asia, Pteropus vampyrus is the largest of the fruit bats, with a wingspan of five feet. Its common name (flying fox) comes from its fox-like face and the color of its coat. Bats are the sole mammalian species with the ability to fly (other species can only glide). The long fingers of their forelimbs support the very thin, elastic wing membrane. The thumbs and second fingers of Pteropodidae have claws as do all the toes. The Pteropodidae family also has well-developed eyes; members of the family rely on vision to guide themselves, and on their sense of smell to locate food.