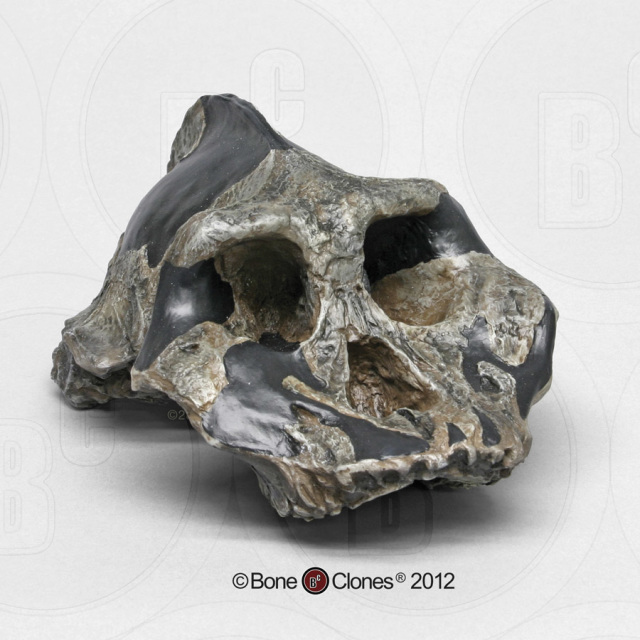 2.5 MYA. The Australopithecus aethiopicus Skull KNM-WT 17000 was discovered by A. Walker in 1985 on the west shore of Lake Turkana in northern Kenya. It was described by Walker, Leakey, Harris and Brown in Nature in 1986. The skull is commonly referred to as the "Black Skull" due to its blue-black color. Although not considered on a direct line to humans, it gives insights into early hominid evolution. Although it shares many primitive features with A. afarensis (e.g., projecting face, small cranial capacity (410 cc)), it also has features typical of australopithecine species (e.g., projecting face, large sagittal crest and jaws, and expanded cheek teeth). Given that it seems to fall between A. afarensis and A. boisei, it was given its own species name. The Bone Clones® Hominid line is composed of discoveries from anatomically modern humans, archaic humans, early Homo, early hominins, and other hominids. The majority of the casts in this line have been recreated by our team of anatomical sculptors. Some are reconstructions made by anthropology professionals using fragmentary elements from original discoveries and extrapolating the missing parts from those (i.e. Neanderthal skeleton).