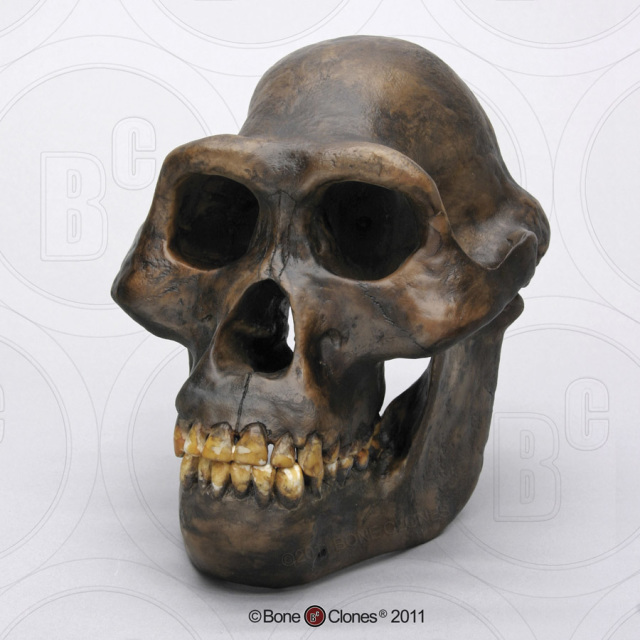 2.9 to 3.6 MYA. Australopithecus afarensis is the best represented early hominid with approximately 100 fossils representing the species. The australopithecines are only known from Africa; none has ever been found in Europe or Asia. They had ape-sized brains: their cranial capacity ranged from 375 to 530 cc. They had strong jaws with large teeth. Like modern gorillas the adult males were much larger than the females. The babies probably took approximately the same length of time to grow up as a modern chimpanzee or gorilla. This full size skull was sculpted for Bone Clones by scientific sculptor Steven Wagner. The Bone Clones® Hominid line is composed of discoveries from anatomically modern humans, archaic humans, early Homo, early hominins, and other hominids. The majority of the casts in this line have been recreated by our team of anatomical sculptors. Some are reconstructions made by anthropology professionals using fragmentary elements from original discoveries and extrapolating the missing parts from those (i.e. Neanderthal skeleton).