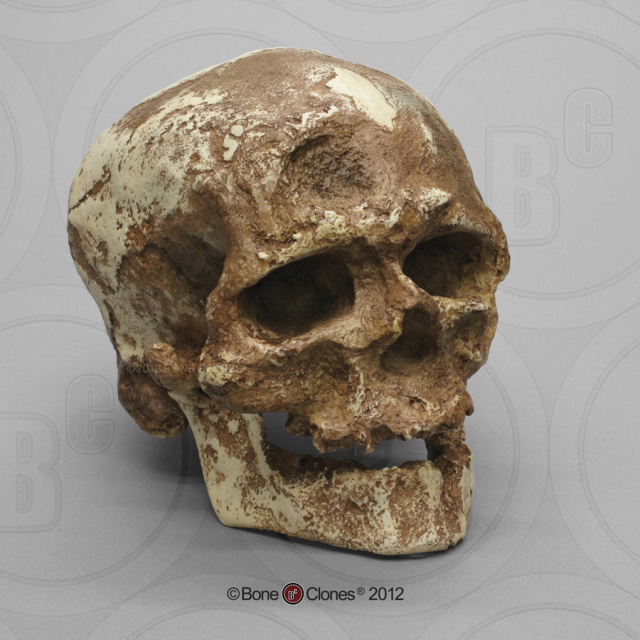 30,000 to 32,000 YA. This Cro-Magnon skull was discovered by L. Lartet and H. Christy on a cliff in 1868 (during the construction of railway lines in Les-Eyzies, France). Cro-Magnon, meaning "big cliff," represents the earliest modern humans from Western Europe. Classic modern human features include a large brain capacity (over 1600 cc), shortened face with rectangular eye sockets, a high forehead, hollowed cheekbones, and noticeable chin. Many feel Cro-Magnon is more similar in appearance to modern Africans than modern Europeans, suggesting that this population came from Africa or Asia. The Bone Clones® Hominid line is composed of discoveries from anatomically modern humans, archaic humans, early Homo, early hominins, and other hominids. The majority of the casts in this line have been recreated by our team of anatomical sculptors. Some are reconstructions made by anthropology professionals using fragmentary elements from original discoveries and extrapolating the missing parts from those (i.e. Neanderthal skeleton). Custom display stand available below.