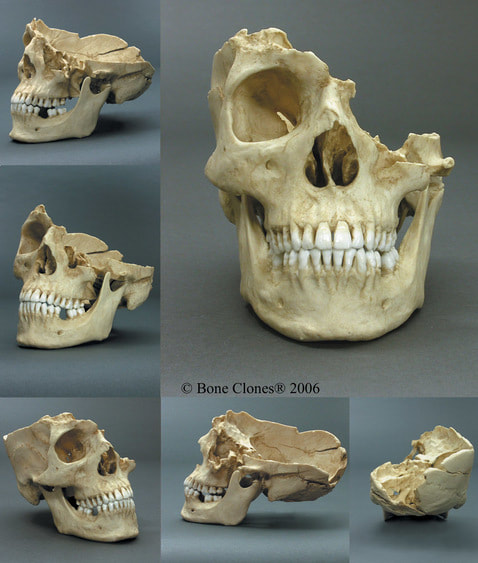 This modern human skull displays the trauma resulting from machete wounds followed by submersion in the ocean for two weeks. The machete strikes caused all of the skull fractures, with loss of the comminuted fragments from the left side of the face and the left and right sides of the calvarium. The random orientation of the chop injuries and the large number of strikes are not consistent with injury caused by a boat propeller. The individual was known to be a male of African heritage in his mid-30's. The original skull is in a North American medical school forensic osteology teaching collection.