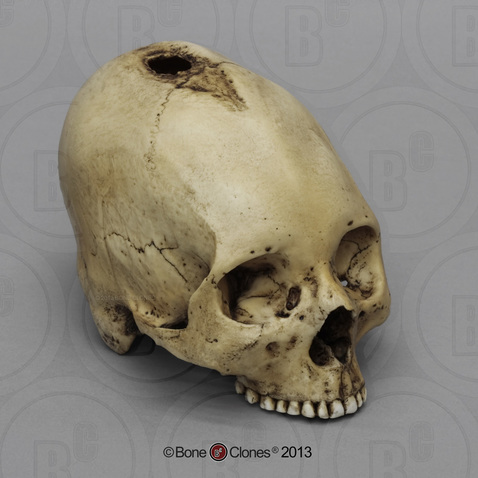 This female skull from Bolivia, reported to be 1200 years old, is of interest to physical anthropologists as well as to paleopathologists. In addition to showing trephination, the skull also exhibits cranial deformation (elongation due to being bound). The skull is unusual as the trephination (surgical perforation of the skull) was done by scraping the bone until the brain was exposed. The patient clearly lived on as the bone shows healing. Evidence of this surgical practice has been found in skulls thousands of years old from around the world.